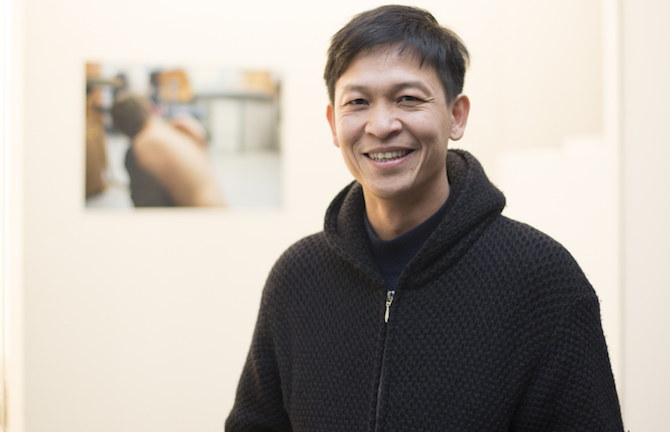 Danh Vō is a Vietnamese-born Danish artist who works in installation across both conceptual and performance art. Danh’s early life was one defined by upheaval in his native South Vietnam; his family fled, launching seaward in a homemade boat to be rescued at sea by a Danish freighter and re-settled in Denmark. Danh’s art is often reflective of these early events, and the subsequent, transplanted location he and his family found themselves in—a dialogue between the historical and the personal, of identity and belonging, for both himself and his family.

Danh Vō represented Denmark at the 56th Venice Biennale and prior to that was a participant at the 55th Venice Biennale some two years earlier. He has exhibited as a solo artist across the world, including Museum Ludwig, Cologne in 2015; Musée d’art moderne de la Ville de Paris, Paris in 2013; Guggenheim Museum, New York in 2013; Art Institute of Chicago, Chicago in 2012; Kunsthaus Bregenz, Austria in 2012; Kunsthalle Basel, Switzerland in 2009 and Stedelijk Museum, Amsterdam in 2008.