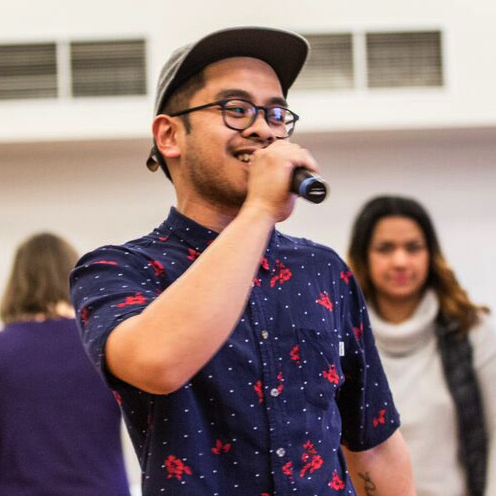 In his eleventh year of professional MC-ing, rapping & hosting, Phillip Pandogan aka Yung Philly holds true to the philosophy that “Every gig’s a good gig.” His stagecraft and ability to think on his feet is remarkable, a true inspiration to many artists across the hip hop form. Yung Philly facilitates workshops in MCing, leadership and mixed art forms, with various community arts practitioners. In 2016, he was working with Outer Urban Projects as a workshop facilitator for rapping and writing workshops, mentoring young people from the outer north. Yung Philly has graced many a Melbourne stage, including the Melbourne Recital Centre, Arts Centre Melbourne and Federation Square. Working regularly with Co-Health and Outer Urban Projects, Yung Philly has also featured in productions Urban Chamber – Beyond at the 2013 Melbourne Festival; Poetic License, at the Darebin Arts & Entertainment Centre; and Grand Divisions – A Moved Urban Cantata, as part of the 2015 Melbourne Festival.