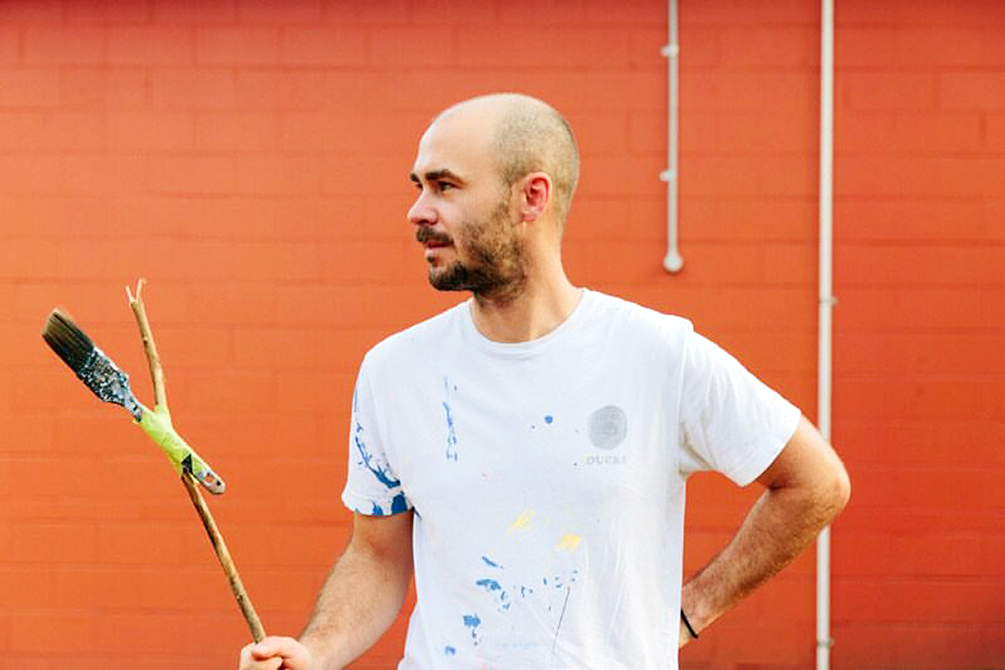 Elliott Routledge is an Australian contemporary artist based in Sydney.

Across his career, he has shown work and installed major public murals all around the world. He has shown in galleries and installed murals throughout the world in such places as London, Vienna, New York, Melbourne, Tokyo, Paris, Singapore, Amsterdam, Hong Kong and extensively throughout Australia.

His work exists in a balance between expressive mark making and abstract form. Having spent a lot of time practising colour theories, his current work is reflective of how he takes this information of colour relationships and pattern choices, and flips them enough to create bold, harmonious compositions.

Elliott’s practice spans across canvas paintings, hand made sculpture and large scale public murals. He was most recently a feature of the Art & About Festival in Sydney, and has also been shown in the Museums Quartier, Vienna as a part of his 2014 Residency. His work can be viewed publicly in the form of numerous large scale murals, for the City of Sydney, UTS and many more.