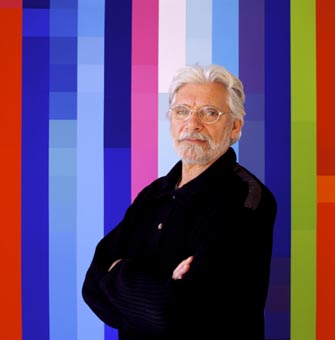 Born in Sydney and raised in Wagga, Robert Owen studied sculpture at the National Art School, Sydney, graduating in 1962. Owen then lived in Greece, London and Sydney until 1988 when he returned to Melbourne as Associate Professor and Head of Sculpture at RMIT University.

Robert has had over forty years’ experience as an artist having had twenty-six solo and fifty group exhibitions in Australia and internationally. He is represented in public and private collections throughout the world including New York’s Musuem of Modern Art (MOMA).

In 2003, Owen was awarded the Australian Council Visual Arts Emeritus Award for lifelong service to the arts.