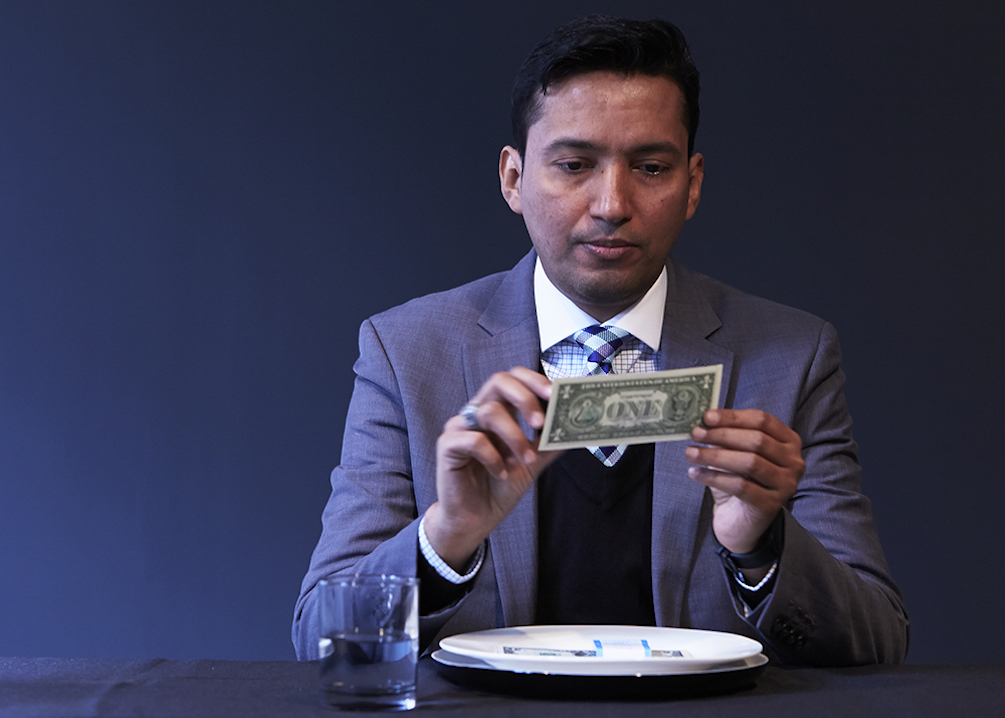 The Art of Consumption
Continuing with its humorous play on the word ‘bucking’ and performed through the duration of his residency at MPavilion in its fifth iteration (previously this work has been articulated in Pakistan, Hong Kong, New Zealand and Australia), Abdullah M.I. Syed’s The Art of Consumption brings to the fore inherent narratives of institutionalism, capitalism and consumer culture, as the artist literally consumes currency, in this case, in the form of the fabled US dollar bills.