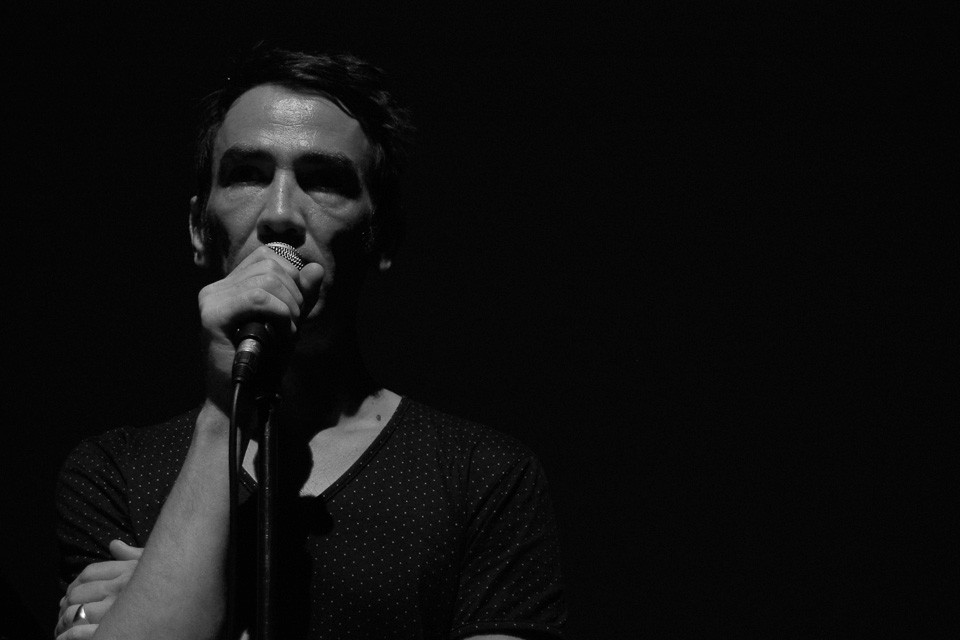 Anne-James Chaton is a French artist, poet, author and curator, working as a writer, performer and a collaborator with musicians, choreographers, artists and alike.

He has published several books since 2008 and joined the German label Raster-Noton in 2011 releasing Evénements 09 and Décade (with Andy Moor and Alva Noto) in 2012 . On the Dutch Label Unsounds he released an album with the post-rock band The Ex in 2008, and formed a duo with its guitarist Andy Moor to create Transfer in 2013. He worked on the albums Unitxt (2008) and Univrs (2011) by German artist Carsten Nicolai aka Alva Noto. In 2013 he began a collaboration with singer and composer Nosfell and formed the trio HERETICS with Andy Moor and Thurston Moore, guitarist and singer of Sonic Youth.

His visual and sound works, drawn from his writing materials, have been the subject of several solo and group exhibitions in France and abroad. Anne-James Chaton also founded the festival Sonorités in Montpellier, France, and recently directed the project RADIO at Louis Vuitton Foundation in Paris.