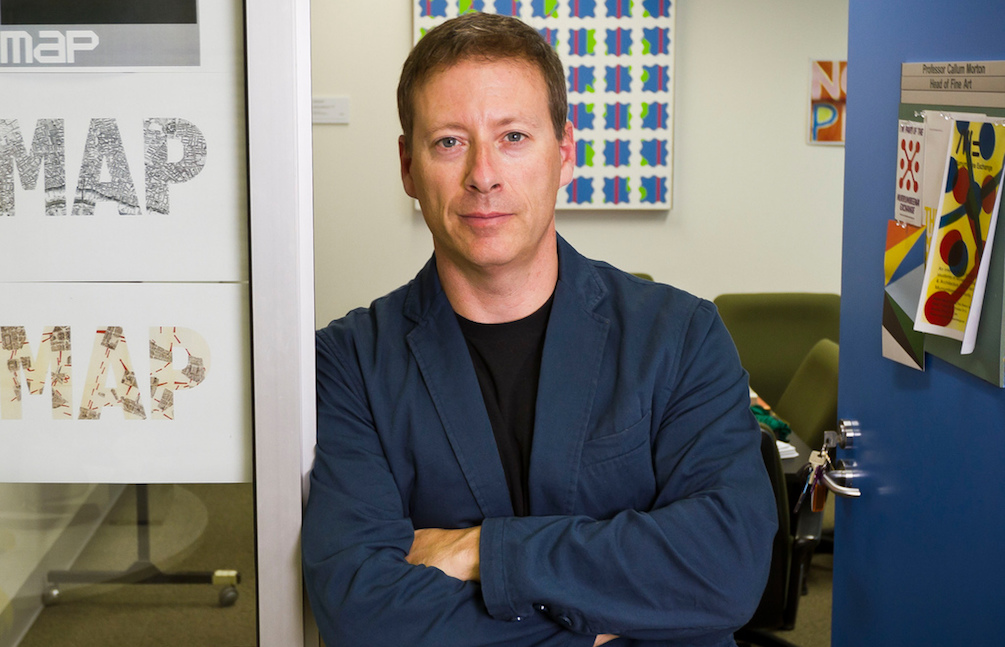 Callum Morton is the head of the art department at Monash Art Design and Architecture. He has exhibited nationally and internationally since 1990. His selected solo exhibitions include shows at the Santa Monica Museum of Art, Los Angeles (1999), Tommy Lund Gallery, Copenhagen (2000), Roslyn Oxley9 Gallery, Sydney, Anna Schwartz Gallery, Melbourne, The National Gallery of Victoria @ Federation Square (2003), The Museum of Contemporary Art in Sydney (2003), GOMA, Brisbane (2010) and at The Australian Centre for Contemporary Art, Melbourne (2005).

In 2007 Morton was one of three artists to represent Australia at the Venice Biennale. In 2008 he completed the work Hotel on the Eastlink Freeway in Melbourne. In 2009 the pavilion Grotto, which he designed for the Fundament Foundation in the Netherlands was opened. In 2010 Morton completed a major outdoor commission for the new premises of MUMA in Melbourne and in 2011 his work was the subject of a 20 year survey exhibition at the Heide Museum of Modern Art, Melbourne.