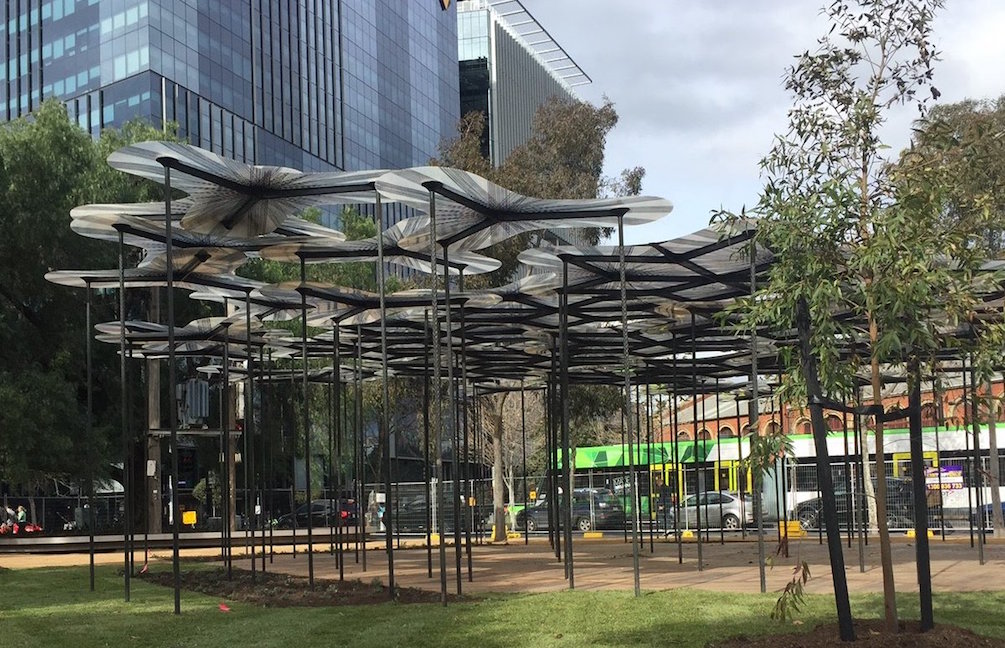 As part of our November-into-December theme ‘Architecture in the City’ and coinciding with Dale Campisi’s triple MPavilion walking tour, and a soon to be released self-guided tour project designed by Open House Melbourne, the Melbourne Symphony Orchestra will perform a series of free concerts at each site of the three MPavilions on Sunday 11 December.

Presented by ANZ, musicians from the MSO will perform three stirring performances, the first will see MPavilion 2015 designed by Amanda Levete of AL_A in Docklands Park play host to the MSO’s Wind Quintet performing the fine works by Farkas, Vivaldi and Medaglia.

Members of the Melbourne Symphony Orchestra perform chamber music for wind quintet. Vivaldi’s concerto for oboe flute and bassoon will be complemented by Hungarian and South American inspired music, your toes will be tapping! Bring yourself or the whole family and revisit (or visit for the first time).

This event is presented by ANZ in partnership with Places Victoria and Hellenic Museum.